New attempt:
Result: still an unseparated emulsion in the morning.

After 24 hours it was still pretty much a homogeneous gel, so I "remade" it:
Result: Really granular/void-filled soap, but definitely soap. 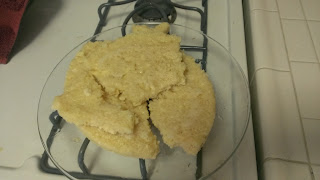 The soap was still really granular, and when I squeezed it I got a lot more glycerin. So I divided it into three balls and wrapped them in cheesecloth, then pressed them. This produced dryer soap and more glycerin, but not much more water.

Next note: Decanting two separated liquids is hard without the right equipment. I think that if I were doing this at scale I'd probably find it useful to make some specialized equipment

Day 6: The balls of soap are still in their cloth and still very slick. I think they're still exuding a bit of glycerin. But they do work as soap.

Day 20: The soap is now hard enough to be considered ready 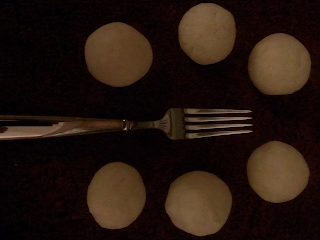 P.S.
Lye is hard to find these days. Went to 2 hardware stores, a supermarket and 2 drugstores. No dice. Ordered it from Amazon instead. Easy.
Posted by JeffEvarts at 10:52 AM